Synapse – a highway of information in every child

Synapse – a result of external stimuli

When a child is born, his brain contains about 100 billion neurons. This number is stable and genetically determined. Immediately after birth, the neurons begin to connect and create the synapses. Each neuron can generate thousands of synapses and their number can be influenced by external stimulation. The more synapses, the better, and the easiest and fastest time that they form is in the first three years of life. After the sixth year of life, the synapses are already more difficult and slower to form. This is evidenced by the growth of the brain itself. After birth, it weighs 360-380 grams, in the first year it has 680 grams, and at three years the child’s brain reaches almost adult brain weight, 1200 g. Versatile stimulation of children at their youngest is therefore crucial for their later life and health.

Stimulation, but what kind?

Some experts point to an abundance of visual stimulation and the lack of stimuli that develop the motor skills of children. Director of the Institute for Neuro-Physiological Psychology Sally Goddard Blythe notes that some five-year-old children actually show the motor skills of three-year-olds. There are children aged five years or more who have neonatal reflexes, have an underdeveloped sense of balance and coordination, and this has an impact on their other skills, such as hand-eye coordination.

Man has always evolved on a surface that was somehow curved, uneven and stimulating. The child was worn on the body of the mother or was placed on the floor, which was a source of further stimulus when the child began to walk normally, already knew the mother’s motor reaction to unevenness, or had this unevenness partly felt out and crawled through. Among others, the vestibular system is also part of dealing with unevenness. The soles of the feet hold receptors which provide important information vestibular areas in the brain about the configuration of the surface. Using this information, the body may calculate weight distribution and adapt its position so as to maintain an upright position and balance. Unevenness is one of the most neglected stimuli, even though it has accompanied man throughout his development and life forever. Child at an early age should be exposed to it continuously. It helps them create unique synapses for their healthy motor development. 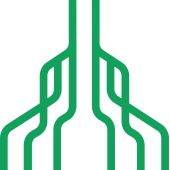 All stories by: ROOTY - Family Team